Jay Leno’s late-night TV ratings domination included two decades as the host of the #1-rated “The Tonight Show with Jay Leno” –after the first two years Jay Leno never lost a single ratings year in which he served as host.

Jay Leno will be performing a 45-minute stand-up during the event, and we are all looking forward to laughing!

We are excited to launch a new VIP experience this year, with a private Q&A. VIPs will enjoy a reception time after the event, before gathering for the Q&A.  Be ready for lots of fun, behind-the-scenes stories.

Sponsorships begin at $4,000.  Each sponsorship includes a table of 10 to the event, and tickets to the VIP Q&A.  VIP ticket amounts vary based on sponsorship level.

*Please note that no photography or video will be allowed during the performance or Q&A.*

For more information, or to secure your sponsorship call 615-624-4265, or email Michelle at michelle.clifford@bgcrc.net 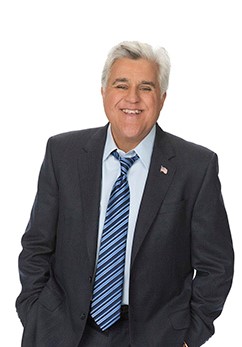